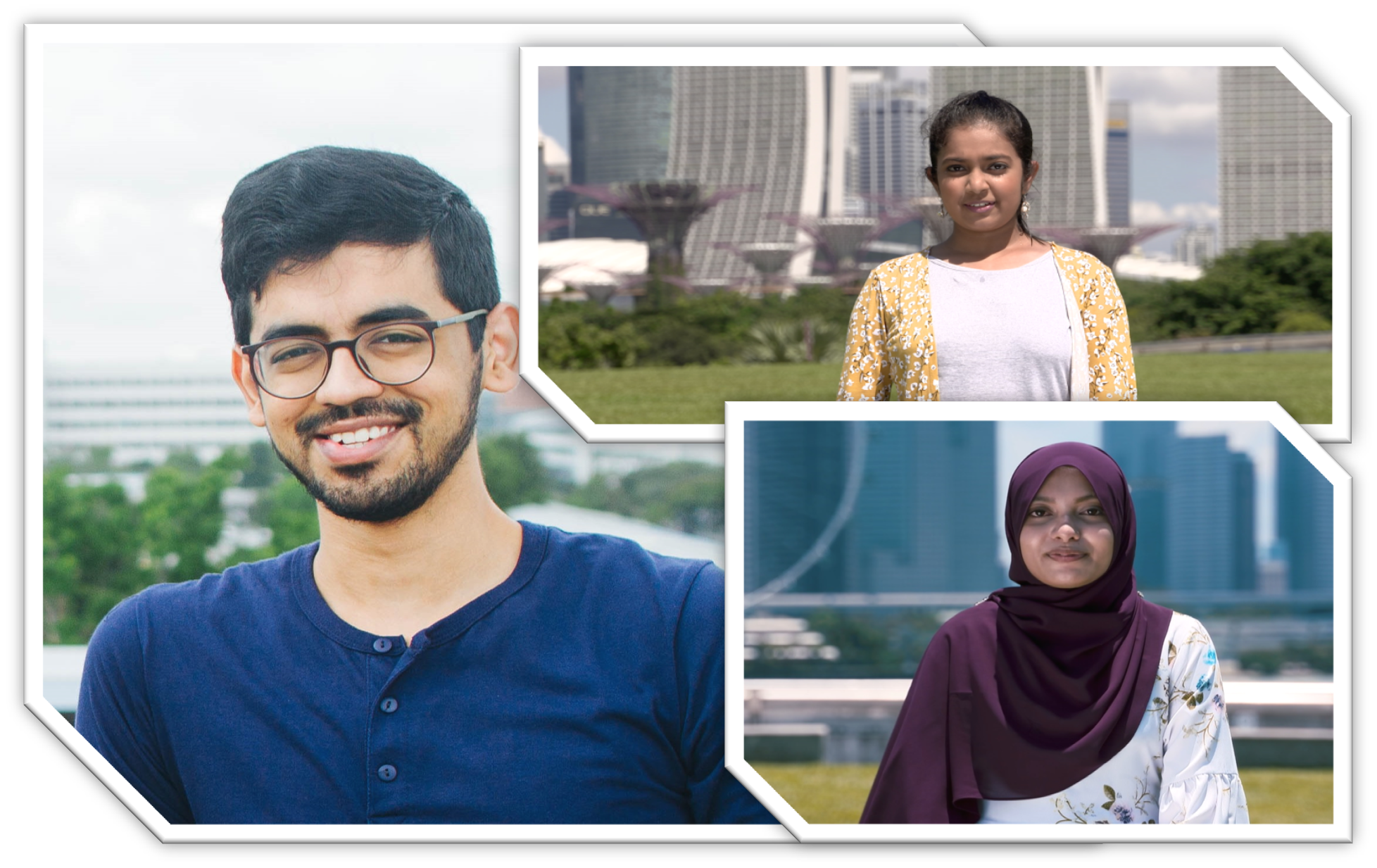 The 2021 SINDA Excellence Award (SEA) registered a record number of awards for Indian students for the second year running and across 19 different categories. A total of 749 students received the SEA awards this year, a 14.7% increase over the 653 students who received in 2020.

Born with a genetic bleeding disorder, Ashmitha was hospitalised several times in the past few years, causing her to miss school. But with the support of her teachers and friends, she managed to make up lost ground and excel in her studies and is currently pursuing her ‘A’ Levels at Raffles Institution. She also found time to give back as a volunteer, conducting tutorials for disadvantaged and as an elderly befriender with Lions Befriender. Ashmitha aspires to be a virologist one day.

“During this tough period, my parents, my teachers as well as my classmates gave me continuous support.” Ashmita said. “My teachers stayed back after school to conduct extra lessons for me,” she added.

“It’s not the end when family is there”

Munassa had high aspirations to do well academically. However, she was disappointed that her O-Level results were not as great she had hoped for – she was hoping to pursue her studies at the polytechnic but only qualified for ITE. Though the setback was disappointing and even caused her mental health issues, moral support from her family members helped her.  She managed to do well in ITE and progress on to a polytechnic. She is currently pursuing a diploma in health management & promotion with Republic Polytechnic.

She said: “Even though I was feeling like I let my family down, at no point did my family members make me feel like I had let them down and constantly reminded me of how proud they were of me already.”

Surya is a third time SEA award recipient, having previously received it for his GCE O-Levels and A-Levels. Even while excelling academically, Surya is keenly concerned about the existential threats that humanity faces and is hoping to make a change. While in NUS, he founded two start-ups – Young Sustainable Impact Southeast Asia (YSI EA), focused on encouraging and empowering youths and social entrepreneurs in Southeast Asia to innovate and solve problems relating to sustainability.

Since 2017, YSI EA has incubated 27 start-ups and engaged over 4,000 youths and educators around the region through workshops and events. “We have been receiving around 1000 applications every year but we could only select 25 founders since the programme was fully-funded, he said.

The SINDA Excellence Awards (SEA) are an awards programme by SINDA for Indian students who achieve excellence in their respective academic fields, the arts or sports. Recipients range from PSLE students to bachelor’s degree graduates. This year’s recipients received between $150 and $500.

Running in a “thaarumaaru” way, to raise funds